In addition to food stamps, China also implements cloth tickets, edible oil tickets and so on. Food stamps have existed on the stage of Chinese history for more than 40 years. With the development of the times, China has broken away from the era of material shortage, so food stamps no longer exist.

In fact, China was not the first to adopt this way of ticket shopping. Before China's revolution, the Soviet Union carried out the "October Revolution". Both China and the Soviet Union experienced instability after the revolution. Various civil strife led to a shortage of goods. In this case, we had to find ways to distribute goods in a planned way.

In 1916, the Soviet Union issued shoe tickets, which was the earliest ticket issued by the Soviet Union, nearly 40 years earlier than the issuance of China's food stamps. In addition, the United States also issued tickets during World War II because of commodity shortages.

Food stamps are a historical product. They are printed finely. The traces of accumulated years make food stamps increasingly scarce, so they are very popular with collectors. When new China was first founded, because it had just experienced the baptism of artillery fire, materials were very scarce, so food could not provide sufficient supply. In 1953, the central government decided to implement the unified purchase and marketing of grain. After 1955, food stamps were popularized at an unheard of speed. In the 1960s, the country entered a "panic period", the food supply has been seriously insufficient, and even the goods that could be purchased with tickets can not be supplied. 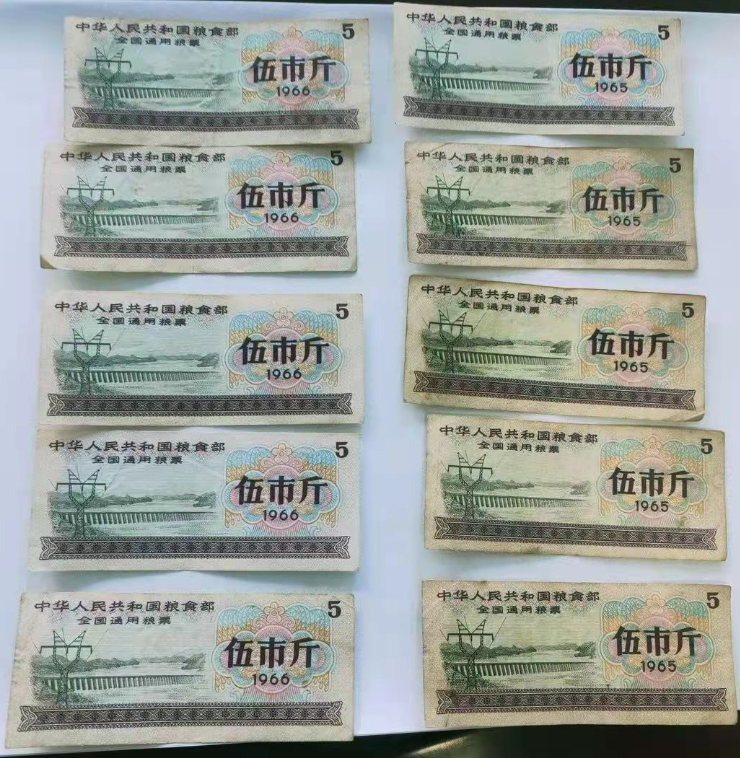 With the reform and opening up, the shortage of materials began to improve, and the ticket system began to loosen gradually. In 1984, Shenzhen first cancelled the ticket. The initial decision to cancel the ticket once caused a panic of "whether you can't buy anything", but when residents found that the change of ticket cancellation makes shopping more convenient, this panic no longer exists. After several years of trial in many places, the tickets were officially cancelled all over the country in 1933. Since then, the Chinese people have separated from the era of "shopping with tickets", and food tickets and other tickets have officially withdrawn from the stage of history.The series of experiences from the issuance to cancellation of food stamps in China has witnessed China's gradual transition from an era of material scarcity and extreme poverty to an era of prosperity. From this point of view, food stamps have witnessed a period of history and China's growth. If food stamps have life, they will be proud of their existence and China's development.

Food stamps with great room for appreciationIn fact, the value of the food ticket itself is not big, it is just a worthless ticket. However, with food stamps, you can buy food at the national price, that is, food stamps have become a kind of securities. With the cancellation of food stamps in China, food stamps have entered the ranks of collectibles at an extremely rapid speed. In recent years, this "grain collection fever" has been heating up, and even some countries in Europe and America have spent high prices to collect Chinese food stamps, and the heat of this food stamp collection will continue to heat up in the future. As China's once "second currency", food stamps effectively reflected China's socio-economic situation at that time, so they have great collection significance and research value.